Where Khangchendzonga the third highest peak in the world dominates the horizon, within such a small size and land area of 7096 sq. km. bio-diversity in Sikkim can undoubtedly be one of huge interest to ecologists and environmentalists, earth scientists, nature lovers, botanists, and biologists in equal measures. Sikkim epitomizes the pithy saying: Small is beautiful.

There are a great variety and numerical abundance of the resident birdlife with an overall 550 species which would account for as much as 80% of the aggregate bird species found in India, Nepal, Bhutan, Pakistan, Bangladesh, and Sri Lanka.

From the pheasants and tragopans, thrushes and Magpies, to hawk-eagles and kingfishers, the variety and richness are breathtaking.

Of the 1400 species of Butterfly found in the Indian subcontinent as many as 700 species occur in Sikkim. Of the diversified butterfly fauna, Sir Joseph Dalton Hooker, Thus said: "By far the most striking feature consisted in the amazing quantity of superb butterflies, large tropical sallow-tails, black with scarlet or yellow eyes on their wings. They are seen everywhere majestically through the still-hot air, or fluttering from one scorching rock to another and especially loving to settle on the damp sand of the river edge, where they sat by thousands with erect wings, balancing themselves with a rocking motion as their heavy sails inclined them to one side or the other, resembling a crowded fleet of yachts on a calm day. "Such an entomological display cannot be surpassed."

The forests are very diverse, and non-forested areas such as cliffs, high alpine meadows, cascading streams, and places all provide places for birds to feed, rest and raise their young. A wide variety of residential and non-residential birds can be seen along the trail at different elevations and in different seasons.

About 180 big and small lakes spread over Sikkim's folds and faults are the habitats of an umpteen number of resident and migratory waterfowl and for Brahminly ducks principally, they are the permanent breeding habitats. A recent study has revealed results of about 47 species of waterfowl ranging from Black-necked Grebe, Egret, and Brown-headed Gull. Also found to occur are the Herons, Lapwing, Crake, Moorhen, and Snipes.

The climatic range is extreme, varying from tropical heat in the valleys to the alpine cold of the snowy regions. The prolific vegetation, which ranges from tropical, subtropical, temperate to alpine (depending on altitude), is enriched by the abundance in rainfall. This portion of the eastern Himalayas receives an annual average rainfall of 325 mm (12.8 in.), which peaks at 660 mm (26 in.) in the month of July making it extremely humid.

There is also extreme deviation in altitudes within very short distances resulting in distinct climatic zones inside a compressed space barely a hundred kilometers north to south, and sixty kilometers east to west – a factor favoring rapid seasonal migration of the species round the year including their abundance and variety.

Over the last few years, there has been a great increase in the field of Birding and Butterfly watching in Sikkim. Many locals have taken up Birds and Butterly watching seriously and have written many books on it. 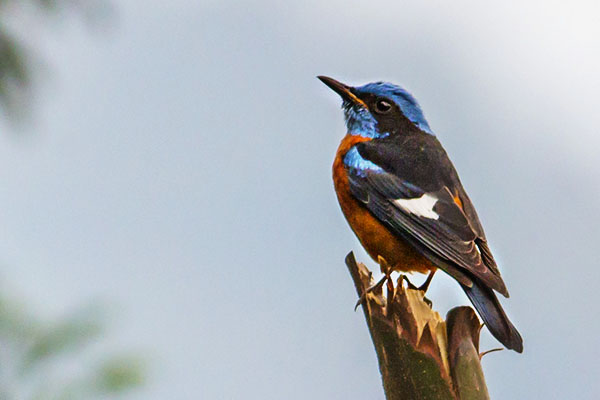 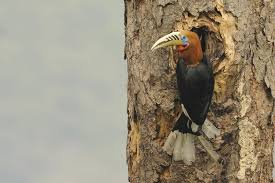